The value of bitcoins

I think the idea behind crypto currencies and blockchain technology is great, and I’m a big fan. Remove the need for central banks and intermediaries, and move power from governments to the people. 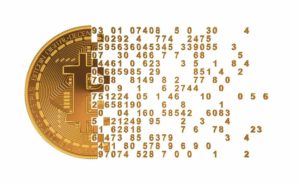 Regards to Bitcoins, I do not believe this will end well. I’m pretty sure that the value will go to zero and Bitcoins will cease to exist. A lot of people are making a whole bunch of money on today’s extreme rise and volatility of bitcoins, but a whole lot of people is bound to lose a lot of money when the value is going down the tubes to zero. It’s going to be ugly when everyone trying to get out of the same door at the same time.

This is contrary to the current beliefs where people are talking about it going from todays 13.500 USD to 50.000 USD or more. People are borrowing money to be part of the “goldrush” in crypto currencies.

Bitcoin was initially described as a medium of exchange, and this was the big “selling point”. That you could use (parts of) bitcoins to buy a book, a cup of coffee or transfer money to a friend.
Today there are several problems with this.

Because of the extreme increase in price, the transaction fee is around 30-55 USD. This can be ok if you are buying a house or car, but is unacceptable for daily purchases.

Unfortunately, the price of bitcoin is extremely volatile. We see huge swings in price over just 24 hours. It’s impossible to use a volatile currency as a medium of exchange. If you have your insurance priced in bitcoins, it would be absurd. A bitcoin was priced 1000 USD a year ago, is today worth 13.500 USD, and could the next year be worth 50.000 USD, 1000 USD or maybe 0. It’s impossible to tell. A medium of exchange must be fairly stable over time.

Because these fundamental flaws with bitcoin, transaction times, fees and volatility, the argument has changed. Bitcoins is no longer described as a medium of exchange, but as a store of value. But this is not sensible. Bitcoins have no other value than what people are willing to buy it for. If no one wants to hold bitcoins, it has no value at all because it have no intrinsic value. You can’t eat them, you can’t put it in your tooth, you can’t live in it, or put it in your petrol tank. You can’t enforce the usage by law like governments does with it’s own worthless fiat currencies, and there are several thousand other crypto currencies in existence.

It’s very clear that the value of Bitcoins is going to zero over time because the currency makes no sense.

Today the pricing of crypto currencies looks like the dot com bubble that ended in 2001 .  People wants anything that are  connected to blockchain or crypto currency in some form or another, regardless of “real values”. It’s a pure speculative asset. People wants bitcoins only because they think that someone else is going to by the coins tomorrow for twice the price the are paying today. That’s driving the price.